I really like Miss Myra’s, as regular readers will recall. https://johntannersbbqblog.wordpress.com/2015/06/20/miss-myras-in-cahaba-heights-alabama/.  But oh, how the mighty have fallen!   I went for lunch before Anne Rain and Hunter’s wedding with Nancy, Mike, my Aunt Jane Simms from Atlanta, and my cousin Scott Griffin of the Bill’s Griffins.  I was thinking of Carlisle’s or SAW’s, but Miss Myra’s was closer, and I had really liked it last trip.

Here’s a lesson: Beware if you don’t see anyone actively working the pit.  Normally, Miss Myra has a genius working the pit — and I say that even though he was wearing orange and blue on Iron Bowl Day. 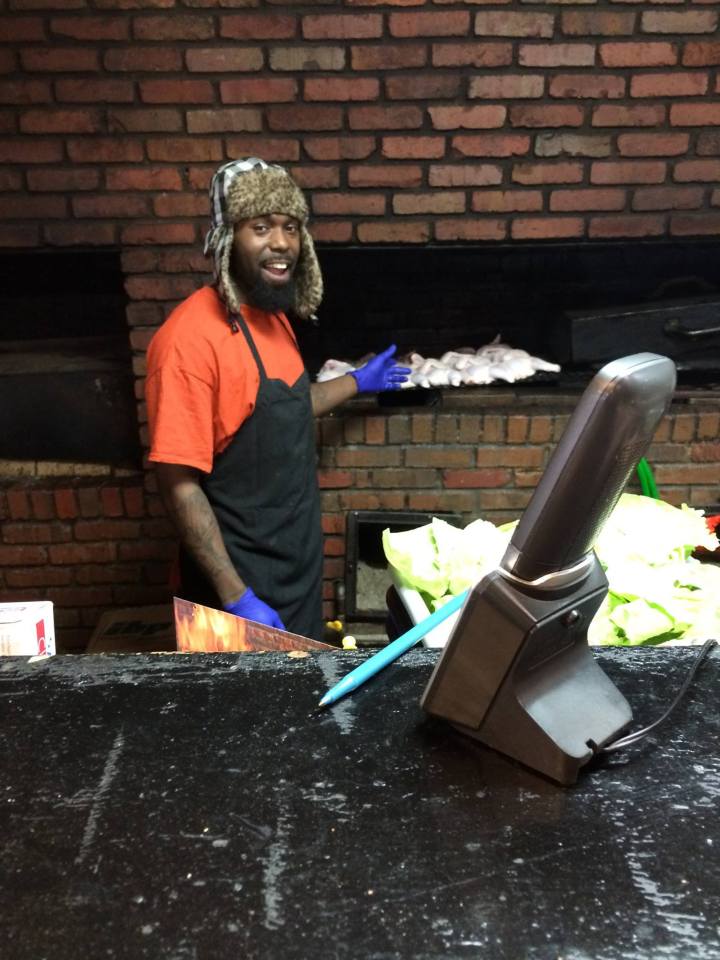 On that Saturday, however, no one was minding the store. 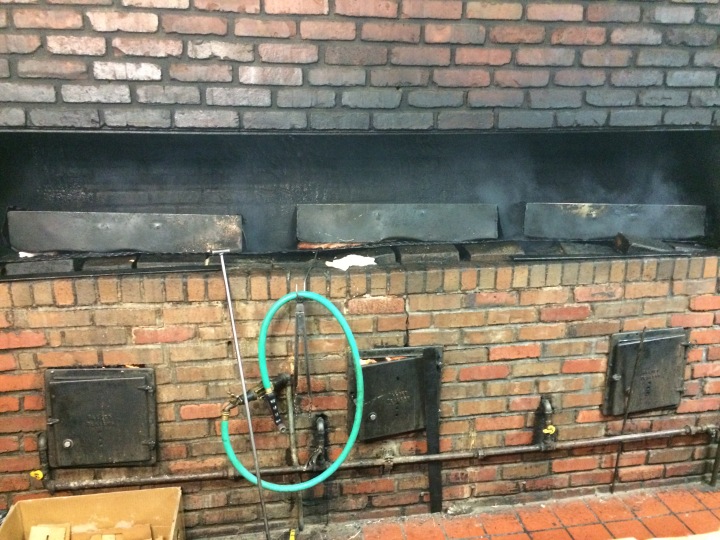 The absence of someone minding the pit is especially troubling if you see, as above, that there are covers over the ribs to make them cook faster.

Here’s another lesson:  Be on your guard on Game Day (here, the Alabama – Texas A&M game).   Practically everyone in Alabama who is not attending a bridesmaids luncheon orders ribs or barbecue or both on Game Day.  Here’s a typical order:

The demand puts a strain on barbecue places to produce a huge amount of barbecue, and quality can suffer.*  So if you see an unattended pit on Game Day, just turn around and go to another barbecue place.

They were terrible.  They had been cooked way too fast and were positively leathery.  Scott was too nice to say anything, but his looked as bad as mine.  The greens and green beans were good, and Miss Myra’s excellent white sauce helped some with the ribs, but they were bad. 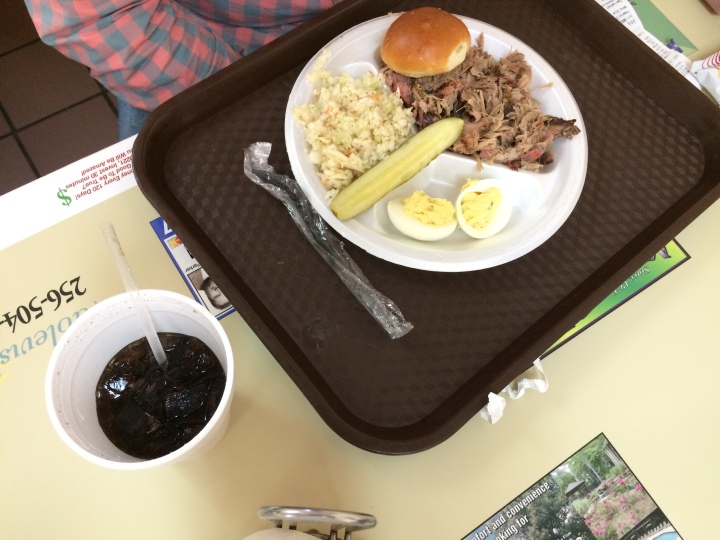 Both were, if not enthused, pretty well pleased with their orders.

Nancy had chicken with cole slaw and, at my suggestion, deviled eggs.

The chicken breast was on the dry side, but the white sauce perked it up.  The chicken wing, which I ate, was very good.  I also ate the deviled eggs.  I can’t recall a bad deviled egg.

My nephews Jimbo and Henry went to the Original Golden Rule.

*Also exercise caution when ordering barbecue the day after a football game, when the staff, suffering from having been in an elevated condition on Game Day, may resort to re-heating yesterday’s leavings.  See, https://johntannersbbqblog.wordpress.com/2015/10/22/the-alabama-tour-de-barbecue-continues/.