UPDATE:  I have now been to Bum’s, and it is sensational.  Based on my review of top Eastern North Carolina barbecue places, and same-day follow-up meals at the Skylight Inn and Sam Jones’, I have decided it is the best of Eastern North Carolina.  Read the full review here.   It’s a great place!

I’ve never been to Bum’s.  It’s on the True ‘Cue list of North Carolina places that cook with wood, so it’s on my to-eat list, but it’s in the same town as the Skylight Inn, and just down the road from B’s and Sam Jones’.

My nephew, Jimbo Tanner and his son, Jack (a.k.a. the new, much-improved John Tanner) stopped in while on a successful Pamlico County duck-hunting trip.  They gave it a big thumbs up.

Bum’s is a modest place on 3d street in downtown Ayden.  Here’s Jack out front. 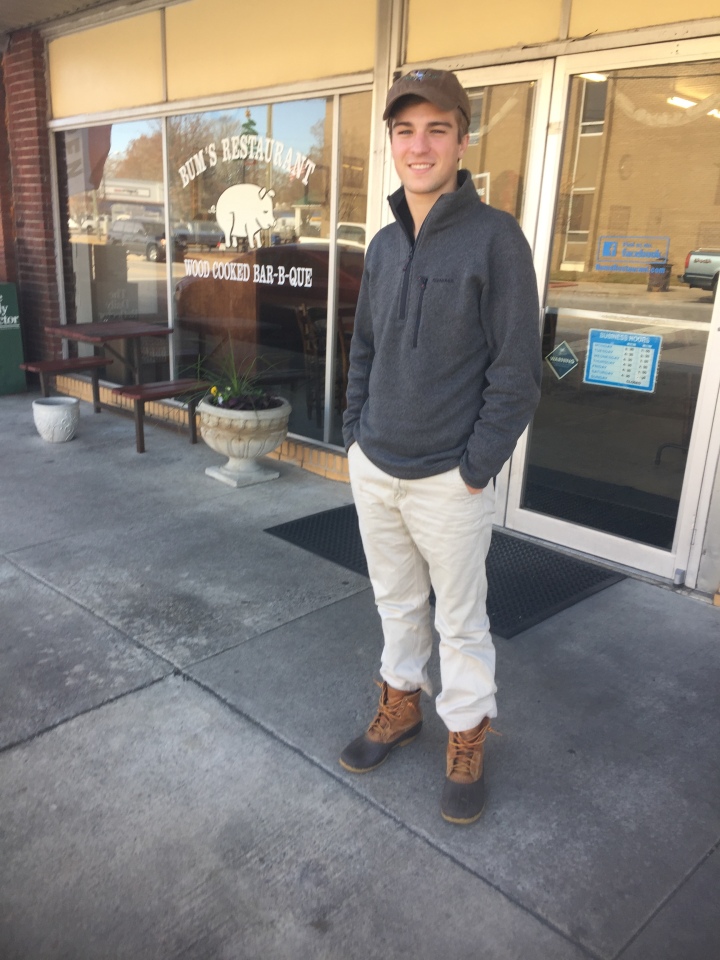 It was opened in 1966 by Bum Dennis.  (Bum was christened Latham, but that didn’t last long.)   The place is now run by his son, Larry, and his family.   They serve breakfast as well as lunch and dinner, and offer fried chicken and steaks and stews and such, but the big attraction is barbecue.  That’s what Jack got, along with slaw and potatoes. 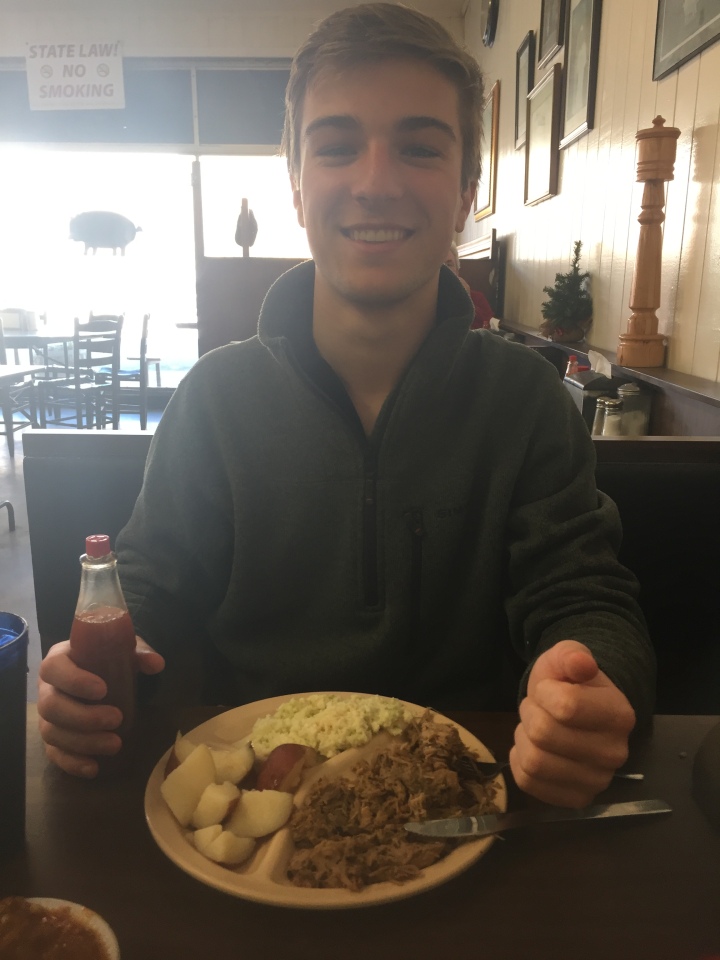 Jimbo described the barbecue as smoky with bits of skin, like the barbecue at Skylight Inn.  According to Jimbo, it’s better than the Skylight Inn.  Praise doesn’t get much higher than that.   You’ll notice that the potatoes are cooked with the skin on, which he and I agree is a plus.  (That Texas Pete on the potatoes is also a plus.)  And they have very good cole slaw.  The corn bread is similar to that at the Skylight Inn; that is, pone or johnnycake style.  The only off note was that the Brunswick stew was “not piping hot.”

Bum’s offers a wide variety of vegetables, some of which may actually be vegetarian.  But not the collard greens, for which Bum’s is known.  Jimbo says their collard greens are very good, and that the seductive odor of collard greens cooking (well, some of us consider it seductive) was proof that they were freshly prepared.  As if that weren’t enough, there’s talk about excellent banana pudding at Bum’s.

So I’m headed to Bum’s first chance I get.