The Green Top is in the Alabama Barbecue Hall of Fame, which means that it has been in continuous business for over 50 years.  That’s pretty good for a restaurant of any kind.  I’d been meaning to try it, and had a chance during the visit to see my mother, Dear.  I’d spent the morning with her and she was getting tired of me, so I took a lunch break and headed to the Green Top.

Actually, it turns out that there are two Green Top branches, and perfidious Google Maps, with its obsession with interstates, directed me to the newer one in Jasper rather the original in Dora.  I always prefer the original of a barbecue chain over the add-ons.  But there I was and it looked pretty good.   A police car is usually a good sign, assuming that the statute of limitations has run on all your mischief and there are no troubling noises coming from the place. 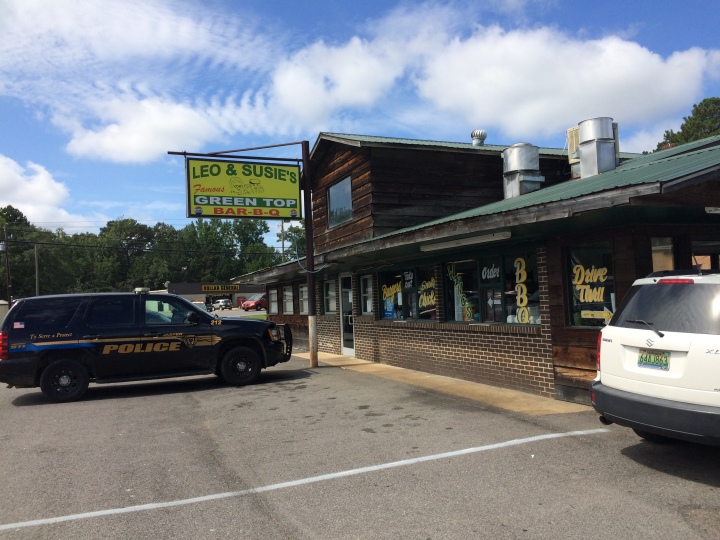 And I looked around and saw what I wanted to see: smoke coming from a brick pit.  Beautiful.  And fragrant. 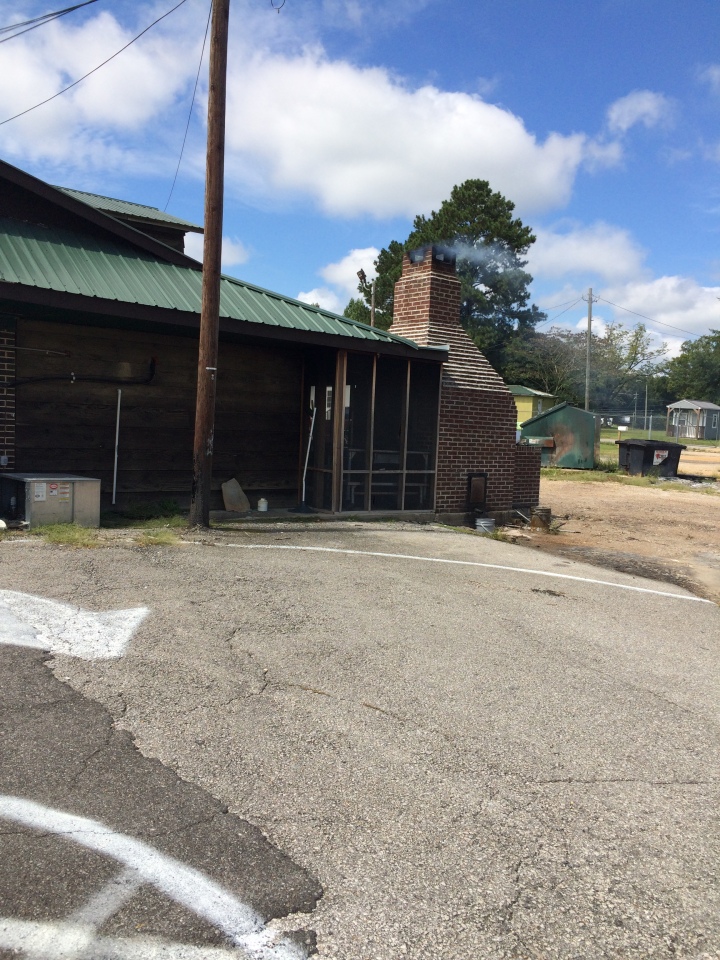 It’s pleasant inside, save for the pale green paint on the walls.  I can overlook the signage touting Auburn’s 2010 national championship and their 2013 Iron Bowl victory, and I liked the large formal photo of Leo and Susie, who started the Green Top back in the day.  There are about 50 seats and about 10 stools at the full bar.  The TV was tuned to ESPN, which is the least offensive network aside from TCM.

I ordered a pork plate with cole slaw and macaroni and cheese and, as an afterthought, Golden Flake chips.  Golden Flake chips were listed on the menu, but they gave me Lay’s, which are not as good as Golden Flake, but I didn’t want to make a fuss.  Those rolls were toasted and buttered.  And they sell Pepsi so I just had water. 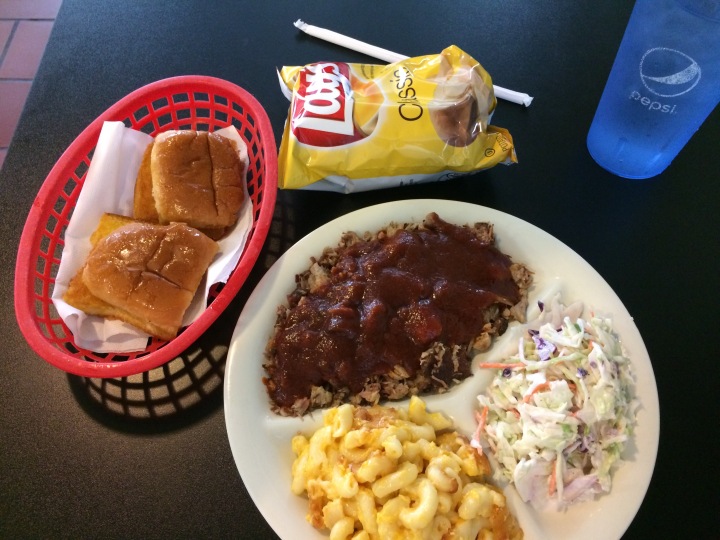 The pork is good, but it is smothered with a very sweet sauce that just ruins it, and that is almost impossible to escape.   It wasn’t as wretched as a commercial sauce, but it was bad.  I really wish I had ordered the pork with sauce on the side.  I tried adding Texas Pete, which helped some, then tried adding Crystal, and then Louisiana Hot Sauce.    The Crystal, which is the most vinegary, worked best.

The sides were much better.  They don’t have greens or green beans, but the cole slaw was fresh and not overdressed, and the oh so buttery macaroni and cheese was superb.  Despite the macaroni and cheese, which I really should avoid anyway, I’ll take a pass on the Green Top in the future.  You should, too.