The Nation’s Capital often has been described as a barbecue desert, not least by me.  Washington has great food from all parts of the world, except the South.  Revolutions around the world help.  Whenever a government is overthrown, leaders of the old, corrupt government come to Washington where they can feel right at home, and they open restaurants.  I keep hoping for revolution in India, which has been distressingly stable, and I guess is I should hope for revolution in Alabama or North Carolina or Texas.

Part of the problem is the work ethos of Washington.  Making great barbecue is hard work.  It requires not only skill but long hours of detailed attention, relentless focus, and physical labor.  All of these are alien to Washington.

But the barbecue desert is developing an oasis, right in my neighborhood.  You have read  about the Hammons’ annual barbecue, which features AJ Guy’s pork and ribs, and Scott Hammons’ truly exceptional firehouse chicken.  Next door to the Hammons are David Beckel and Olga Deviatkova.  David has turned his attention to butts — pork butts, that is — and the early returns have been very impressive. 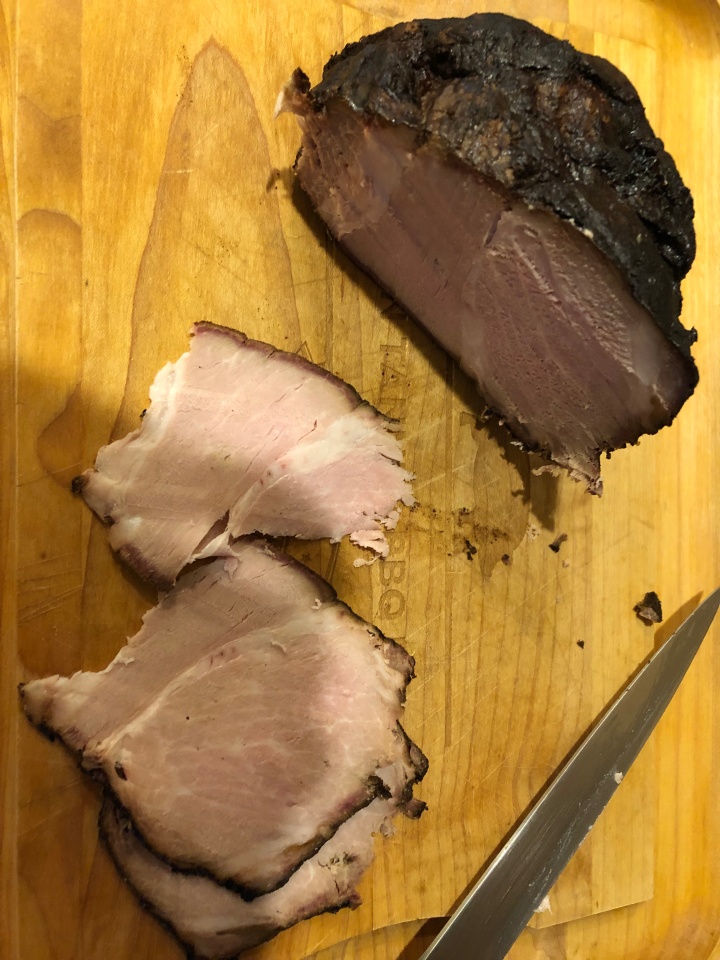 The pork was very flavorful.  In a very short time, David has mastered the key smoke flavor element.  It sliced very nicely for sandwiches with some Ollie’s barbecue sauce and hamburger dill pickles.  The pork was a bit firm for pulling, but really good withal, notably better than any barbecue you can buy in the Washington area.

And now, a few blocks away, son-in-law Michael Boyd just broke in his new Green Egg (Liza gave it to him for Christmas — as she said, a truly self-serving gift) with his first ever stab at a pork butt.  Here it is, having been wrapped after cooking —

And here it is, pulled —

It was very good, as moist and tender as can be, stronger on the pork flavor than on the smoke, but delicious overall.  The very next week, Mike shoveled out the Big Green Egg and fired it up again, undeterred by the 10 inches of snow on the ground. 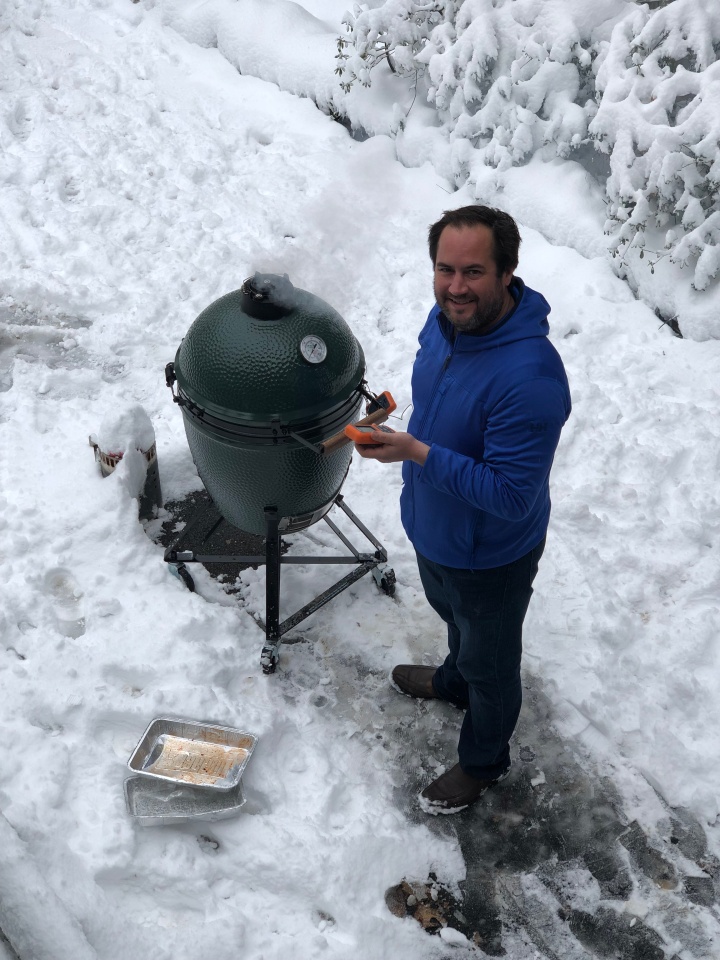 This time it was even better, with a slightly firmer texture (but still very tender) and with more of the fat rendered.  Delicious. 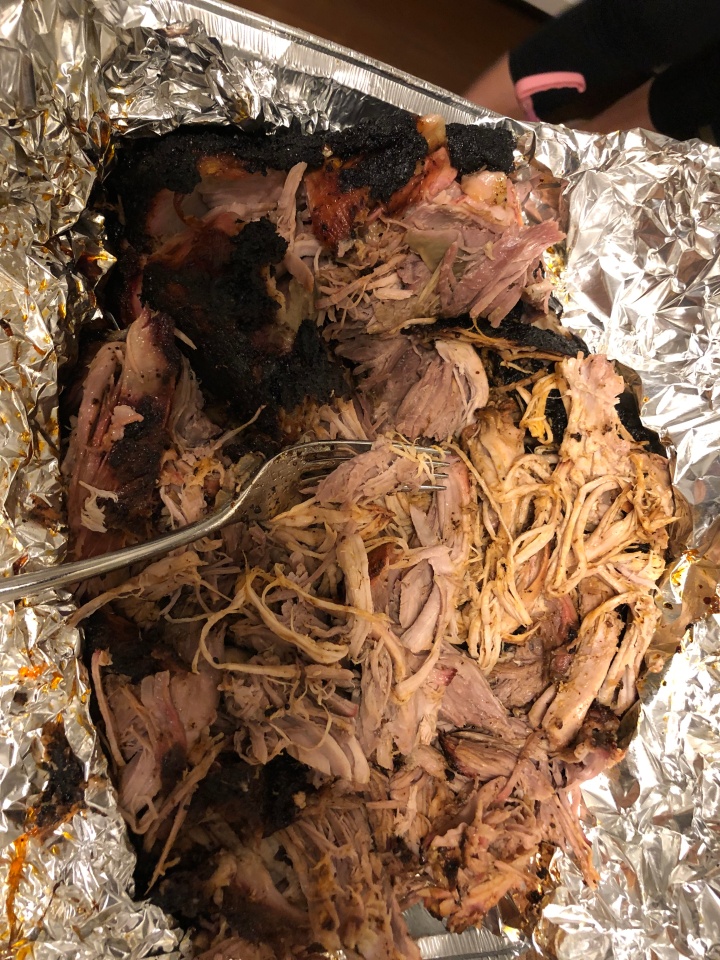 In recognition of his dedication and rapid achievement in barbecue, it was my pleasure to present Michael with the First Occasional Barbecue T-Shirt Award.

Or, as Ella calls it, the Roll Tide shirt.

The barbecue scene is looking up in Washington, at least outside of restaurants.  Cooking for love rather than just money makes a big difference here.  You may want to move to this neighborhood.  I know an excellent realtor.

2 thoughts on “A Barbecue Oasis in Washington, DC”